Ladis has always been rich with culture. Ancient urn fields prove that there were settlements in the area as early as 1000 B.C. During the Roman Age, Ladis was a rest stop off the "Via Claudia Augusta". The "ecclesia de Laudes" as a chapel is first mentioned in 1220 in a document by Pope Honorius III.

For more than 400 years, Ladis was the seat of the high court of Laudegg. Until 1684, judges used to live in Laudegg castle, which still sits proudly above the village and its romantic pond today. Parts of the castle wall date back to the Early Middle Ages. In 1964, the current owners took over the ruin. The Apels/von Möllers thankfully restored the castle so that it is inhabitable again today. During summer, guided tours are offered on a weekly basis.

Due to its sulfur- and acidulous springs, Ladis has been a famous bathing resort for centuries. The acidulous spring in Obladis was discovered in 1212 by shepherd Nikolaus Schederle. The healing spring was preferred by Maximilian I., the last Tyrolean emperor of the Hapsburgs.

Today, the popular and healthy "Tiroler Sauerbrunn" (officially recognised healing spring) is still bottled and sold in Obladis. The water can also be tasted right at the spring.

The original Rhaeto-Romanic townscape is well-preserved, allowing guests to admire century-old farm houses with frescoes, sweeping staircases, decorated roofs and baking ovens. A few parts of the buildings date back to the 8th century. Typical, too, are the water wells.

Because of the healing spring of Obladis, holiday guests starting coming to Ladis, which is why it can be named the cradle of tourism on the sun plateau. As early as 1912, one of the oldest ski clubs of Tyrol was founded in Ladis. This is also the date of the beginning of winter tourism in the region around Obladis.

The village of Ladis is among the most historical places in Tyrol. It has gladly embraced tourism and always welcomes its many visitors warmly.

Our house Luxapart Tirol is located very close to the station of the ski resort Fiss - Serfaus - Ladis. 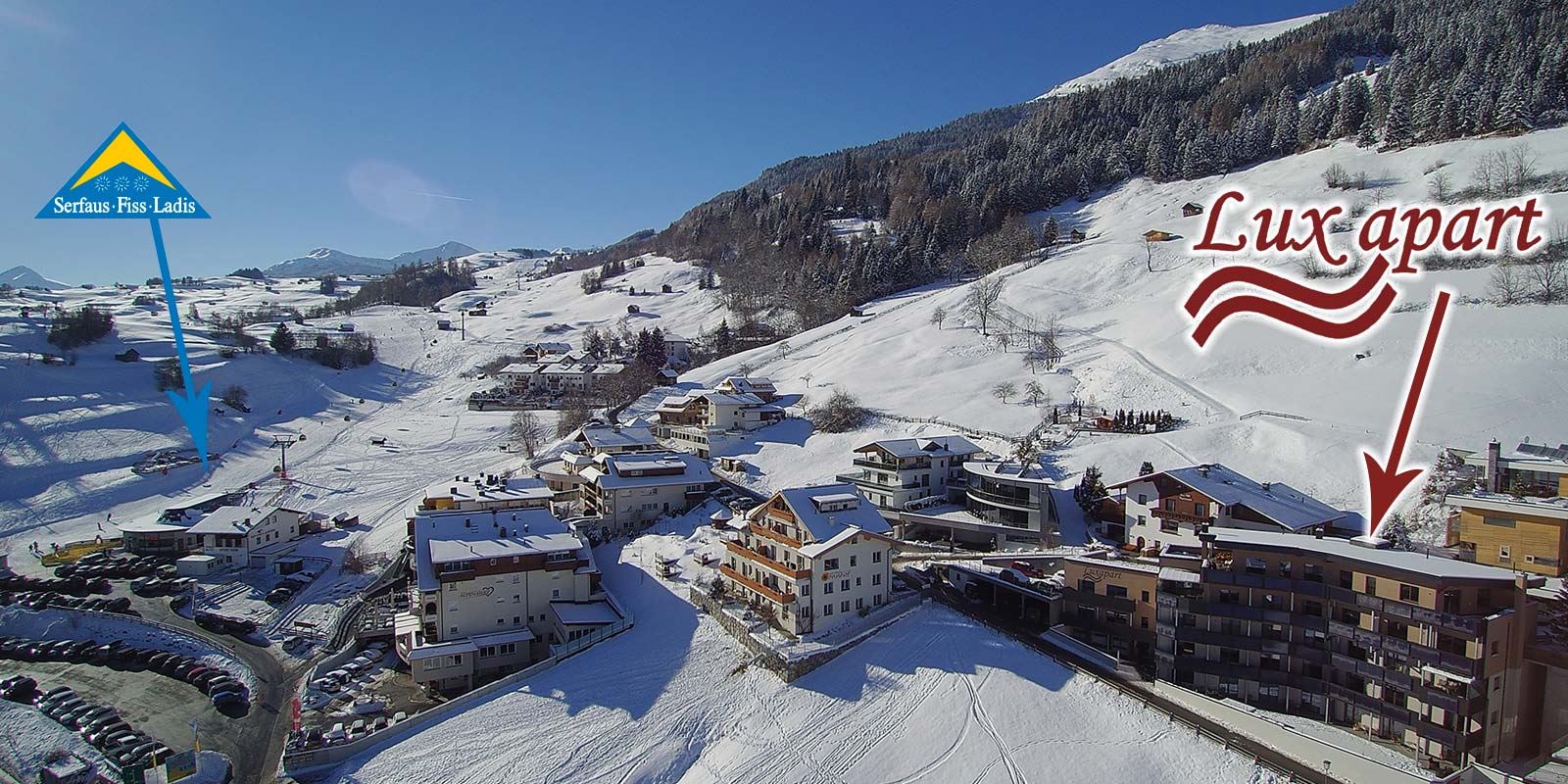